Was hoping for at least some good information regarding the Auto Detailing Business when I signed up to take Detail King’s Training Course this August 2014. Instead, I got out of of it so much-much more! A banquet of pure power is what I truly believe I have received. Just like their slogan says, ” We Change Lives.”  Nick and his band of Merry Men have done just that in my mind.

They say, ” In life and in business, you are only as strong as the relationships that you build over time. This is one relationship that I can’t even begin to place a single value!”… Unmeasurably, priceless. Mr. Vacco, my new friend, you are truly a King in this arena… Keep on doin’ what you’re doin’. God Bless! 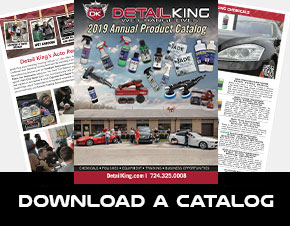 Take a moment to grab your copy of the 2019 Detail King Auto Detailing Products and Supplies catalog. It’s fully packed with our best products to help you make an informed purchasing decision. 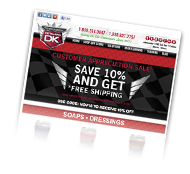 Get the Detail King Newsletter!

Click here to receive helpful tips & tricks along with special offers by email.

Don’t be fooled by ozone machines claiming much higher ozone outputs. The Chinese typically rate their machines using pure oxygen as a source gas, which makes their ratings 5 times higher than they would be in actual use.

For example, there is a Vegas company selling a machine rated at 3500 mgph, that they claim is based on using ambient air. The ozone plate and transformer look identical to those manufactured by several vendors in china, all of whom rate it at 3500 mgph – but only if pure oxygen is used as the source gas. The company brags about how cheap their machine is and how others are so overpriced. It would take 5 of his machines at a cost of over $900.00 to approach the output of our Pro 44. They will even sell you an ozone generator mounted on a piece of wood, with no cover. The plate, which is energized with 4000 volts of electricity, is right out in the open just waiting for someone to touch it and get zapped.

This can be misleading since supplying pure oxygen is very expensive, requiring renting an oxygen tank from a medical or industrial supply house and paying for refills to be delivered. Oxygen machines and concentrators are also available to supply the needed oxygen, but they fail to tell you that they are several thousand dollars each. Some of these over-rated machines are not even designed to accept a pure oxygen gas feed.

Our ratings are based on normal air as a source gas at 60% humidity. If we were to rate our machines in the misleading manner that others do, the output would be 5 times higher than the ones we specify.

You get what you pay for…

A good quality ozone machine is expensive to manufacture. They need to be made out of Stainless steel or powder coated aluminum, not cheap plastic, if they are going to hold up to many years of use. They need to be designed to be easily maintained by the user, and have ozone plates that are easy to keep clean to insure peak performance.

One of our competitors recommends that the ozone plates in their machine get replaced every year (at $90.00 per set) and that the machine have a tune–up every other year ($150 each time) at the factory. Over a ten–year lifespan of their machine, the maintenance cost alone would be over $1300.00, plus the hassle of losing its use, packing it up and paying for shipping. Oh yeah, what happens if it gets damaged or lost in shipping? Who pays for that?

Our machines have ozone plates that are easily changed by you sliding them out and cleaning them by hand or in a dishwasher and sliding them back in. There is no need to pack up the machine every year and return it to us. Most of our replacement plates are about $15.00 each and they last for many years depending on how much you use the machine.

If you return one of machines within 2 years for repairs, AND if we have improved our machines during the time you have owned it, we not only repair it, but we incorporate the improvements if possible, and equip it with new plates, and ship it back to you all at no charge.

Our ratings are conservative and are based on actual use in the field. Our machines have been developed and continually improved — using over 12 years of feedback from thousands of our customers. If you want a real “bare bones” mold or odor killer with plenty of ozone output for a normal size house, buy our FM–1 or our Pro 44 ozone generator. We rate the Pro 44 at 4000 mgph (but others would rate it at 20,000 mgph).

If you want machines with variable output, built in timers, hour meters, and programmable settings, we have them also. Over the years customers who regularly use our machines have identified these needs and requested that we add these features.